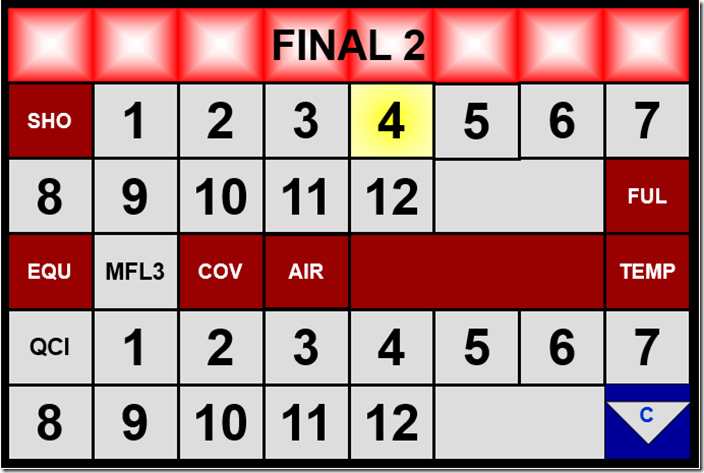 The line is starting to flow, or at least there is more time flowing than not flowing. The places where it isn’t flowing well are now much more evident.

Things are speeding up. That is placing more stress on the engineering and materials supply processes where, before, they were shielded by a rough start-up that was always behind schedule.

They are catching up on the backlog, closing in on “on schedule shipment.”

“John” forgot to send a batch of parts to an outside processor. Before that would have been no big deal, it would be a day or so before those things were actually needed. But this time it briefly stopped the line and forced a work-around.

When everything was a work-around, nobody noticed. This time it got on the radar. It feels worse because the system is sensitive to smaller problems now, and there are plenty of those.

It isn’t “John’s” fault. He is flooded with a constant flow of things he needs to react to. There isn’t a structure for him to work within. That is the next opportunity.

Thus, it is critically important to remember a Toyota mantra:

‘No problem’ is a big problem.

If problems are not coming up, then your system is hiding them, plain and simple. You have stopped learning, stopped improving, stopped growing.

It is an easy groove to get into because we get all kinds of feel-good brain chemicals when things are going smoothly. We want more of those, less of the ones that call us to action.

But it is those “call to action” things that drive us to get better.

2 Replies to “It will feel worse because it’s getting better.”